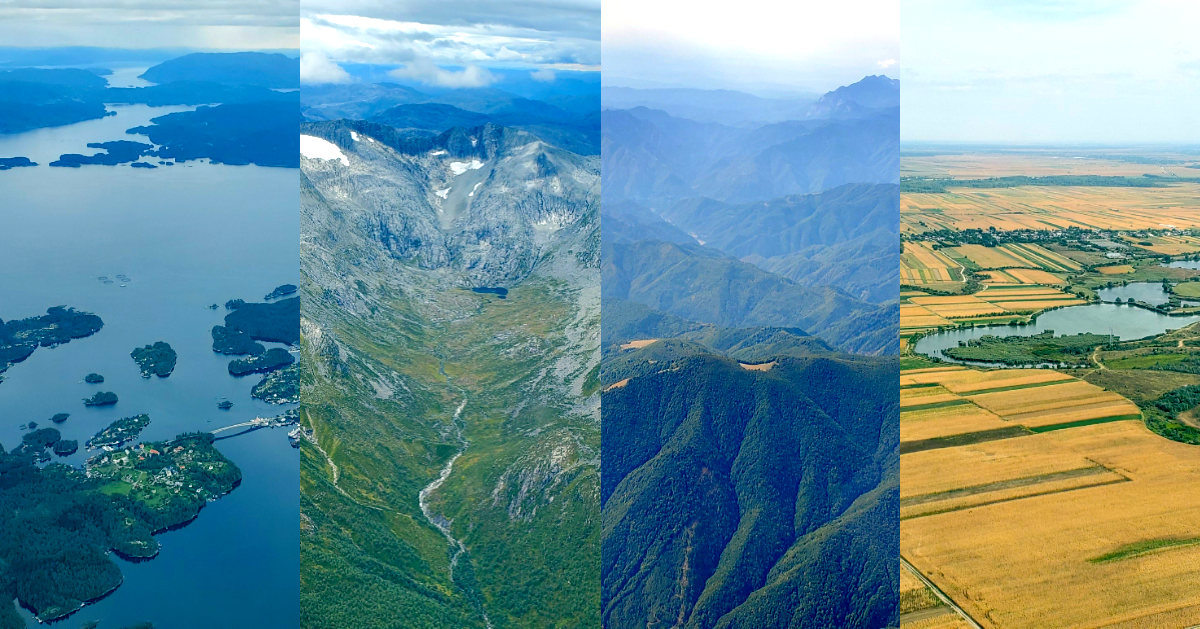 After 26 days in-country, the Norway project is complete.

Note to self– Don’t schedule projects in the rainiest city in Europe (Bergen, Norway) during the rainiest season of the year (Fall).  If you do, you might find yourself hiking in the rain because you just can’t fly.  On the bright side, I had enough time in Norway to really get to know the place.  I took the light rail each day to the airport, hiked all over the place, even took the train to Flåm and the 5 hour ferry ride back through the Fjords.

Last weekend ended up making it all worthwhile – beautiful sunny skies, perfect conditions for an off-shore flight.  On Monday afternoon, I landed from our last flight after measuring our final set of facilities, about 100 miles off-shore, and then got to work packing up and getting ready for the next phase of this trip – Romania.  I’m grateful to have been a part of this project. I’ve seen things few people get to see.  Now, I can look forward to flying over the Romanian castles, and with any luck I may even see Dracula.

Day 1 of the journey to Romania got us as far as Hamburg, Germany.

Remember Greenland?  The beautiful fjords?  Okay, supersize that, oh and change it to fjørd (what the Norwegians call it).  Departing Bergen, we turned south and went over some of the most beautiful scenery I could imagine…. more fjords, and the glacier.  Our enjoyment was short lived, as we quickly entered the clouds and spent much of the next 3 hours looking at nothing but white.

We had our last big water crossing: about 65 miles over North Sea between Norway and Denmark.  Of course, it was hard to tell we were over water since the view below us stayed pretty much the same (white).  Once we got into Denmark, the view improved, and we were struck by just how vulnerable the low-lying coastal regions of Denmark are to climate change.  From the air it looked as though the smallest sea level rise would flood much of the country.  It’s no wonder that the Danes take climate change so seriously!

The final treat of the day was the approach into Hamburg.  Listening to ATC is like a Sotheby’s auctioneer—you better listen fast, because instructions are coming at you whether you’re ready or not.  The controller is constantly adjusting everyone’s speed: “November 728 Victor Mike, reduce speed to 150 knots”, “November 728 Victor Mike reduce speed to 140 knots”.  I can only assume that the mighty Mooney was just coming in too hot and catching up with the 787’s inbound from Asia!  We had an uneventful touchdown, and then were off for a culinary adventure of German cuisine dining on tasty Wiener schnitzel and German beer (oh wait scratch that, I hate beer).  Replace the beer with bratwurst. Ever had a curry bratwurst?  YUMMY.

Unfortunately, at this point we still didn’t have the flight authorization for Romania, so there was no reason to hurry to get there. So the next day we stopped in Slovakia and spent day 2 of our journey in the mountain town of Poprad, nestled at the foot of the High Tatras Mountains.

The following day, taking off from Poprad was another beautiful treat.  The mountains, the clear air…Slovakia truly has some of the world’s best scenery!  Unfortunately, that didn’t last long. As we entered Hungary, the air became hazy with a blanket of pollution that stretched as far as we could see.  It was pretty exciting when we were handed off to Budapest Radar—who would have ever thought I would be flying over Hungary talking to Budapest Radar!?

The approach into Bucharest was uneventful.  Skies were clear but we did the ILS approach because that’s what they gave us!  Upon landing, things got a little different.  The tower told me to “precisely” follow the “Follow-Me” car.  He led us to the Customs clearing area where we were met by more vehicles and a very nice woman named Alexandra.  She ordered fuel and oxygen for us, then took us into the terminal to clear Customs.  After Customs, we paid our bill, and then she had to make a “boarding pass” for us to get back onto the ramp.  We even had to go back through the metal detector to make sure we weren’t bringing anything onto the airplane that we shouldn’t.

Oddly enough, the “Follow-Me” car was also back at our airplane and instructed me that he would lead me to the runway.  I called ground, received my code, and then my taxi clearance to the holding point for runway 7.  At that point, the “Follow-Me” car began leading me the 100 feet to the holding point and sat there in front of us until tower cleared us to line up on runway 7.  I don’t fully understand the purpose of the car leading airplanes to the runway, but perhaps it provides another level of security.

Our final destination was Strejnicu, a small city just north of Bucharest where INCAS (the National Institute for Aerospace Research Elie Carafoli) has their aircraft hangar. INCAS is one of the collaborators on the upcoming project in Romania and our in-country host.

The flight to Strejnicu was only 15 minutes but it turned out to be the most difficult of the entire trip.  On my first call to tower there was no response.  After a few calls, someone else asked what my “message was”.  I replied that I was landing.  Still nothing.  Then another airplane came on frequency (speaking in Romanian) and I tried calling tower again.  This time the tower told me to call him when I had the runway in sight.  After a few minutes, I saw the 2500-foot runway (I really prefer those 10,000-foot-long runways) and notified the tower.  He told me I was clear to land behind the training airplane currently on final.  Unfortunately, that training airplane was very slow and it quickly became clear that we would be too close behind, so we executed a go-around.  The second time around, we landed and were met by another “Follow-Me” vehicle (this time unmarked) that lead us across some off-road grassy terrain to the INCAS hangar.

Several people guided us into the hangar – which I must admit was pretty cool.  I’ve never taxied into a hangar before, so that was fun!  The INCAS hangar is absolutely beautiful, and the people who work there are wonderful and helpful.  A fellow named Sam even gave us a ride to the hotel. Of course, as would be expected, we needed to make two trips back to the airport to retrieve forgotten items from the airplane.

Now that we’ve made it to Romania, and since we have a week or so until our research flights begin, we’re off to explore the legend of Dracula in Transylvania!